Despite several articles declaring a stagnation, if not decline, of the ebook market, we have seen 8-percent growth in earnings for a cohort of publishers.

These publishers are a representative set and cover a range of company sizes and title-counts. The sales data generated by this cohort of approximately 200 publishers show that growth has been possible—and has in fact been accomplished—during this new phase of the ebook market.

These publishers stand out for not allowing their ebook function to be a passive add-on to their print houses. Instead they have regularly reviewed their global sales data and taken various actions such as targeting specific markets, experimenting with price promotion, and dedicating their time to finding the right price point for specific book-types in specific markets.

Interestingly, this 8-percent growth has been achieved with an average earnings-per-unit-sold figure that rose in the first eight months of 2015 compared to the same period in 2014.  The net impact is that publishers are garnering more earnings with less volume. For example, in May 2015 this group of publishers sold 8 percent less in terms of volume, but earned 21 percent more in earnings compared to May 2014.

Underpinning this growth is a multitude of company-specific strategies and pricing experiments. But by taking a helicopter-view of the data, we can pinpoint actionable insights in specific territories that stand out at an overall level.

Although coming from a low base, the growth experienced here cannot be ignored. Consistent monthly growth has yielded a 45-percent increase in year-on-year earnings.  Average earnings for sales in South America are less than 70 percent of the all-country average for these publishers, indicating a lower general price point.  However even at 70 percent of the overall average, the average earnings figure in South America has actually risen year-on-year.

As for what types of ebook are selling, the growth seen has primarily been driven by fiction, especially Spanish-language titles. But there is also an appetite for English classics, reflecting the desire to learn the language.

Sales down-under have yielded a 17-percent increase in 2015.  The average earnings figure for Australian sales has risen marginally this year, and the figure is also slightly higher than the all-country average, an indication that Australia is able to absorb a higher price point.

Fiction is unsurprisingly popular in terms of ebook sales, in particular titles dealing with family life. And a number of old-fashioned family sagas have done well for this cohort of publishers. But there has been extremely strong growth (58 percent) in the biography & autobiography classifications, albeit at a lower price point than the overall average.

There has been slow but steady growth in this market for the group of publishers under discussion.  Earnings are 35-percent up on last year. But even more interesting is that average earnings have risen 26 percent in the same period, indicating increased price points have been absorbed.

The genre profile in Canada is similar to that of Australia for the sales figures analysed with strong fiction numbers and growth in biography & autobiography. The latter category has seen a 12-percent increase in earnings, achieved despite a 20-percent fall in sales volume. This was possible because of a 42-percent increase in average earnings. And seeing such figures raises an interesting point—as well as experimenting with price decreases, companies should not be afraid to “play” with price increases on titles that sell reasonably well. Each book has a unique price-elasticity and as long as the daily movements following a price-rise are monitored then care can be taken to ensure the increased revenue is not being offset by the drop in volume.

History also performed well (up 70 percent) but this time growth was based on volume increase.

Similar to South America, the earnings figures are off a low base but have shown consistent growth and are currently 44 percent up on last year. The growth is driven mainly by volume but there has also been a 10-percent increase in average earnings. However, unsurprisingly, the average earnings figure for India is still much lower than the all-country average (60 percent of the overall figure).

The two leaders in terms of genre for this cohort of publishers are self-help and business & economics. And looking at the self-help genre in more detail, it is worth noting that books classified as “personal development” perform the best.

There may not be the “boom-making” growth figures of years gone by, but publishers are still proving that focused attention on the ebook arm of their business can make a tidy return.

And what should be remembered is that once a strategy is decided upon, the ebook market is one that allows changes to be applied quickly, monitored quickly, and adjusted quickly if necessary.

The industry may only have a limited number of levers once the product is produced, the main ones being price, territories and metadata, but all should be utilised in order to drive sales forward. Simple but effective strategies such as backlist conversion and identifying incremental sales opportunities using knowledge about price and territory can have a worthwhile cumulative effect. 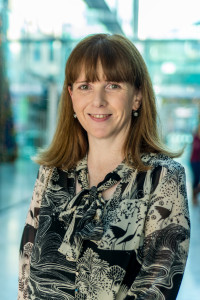 This story was originally featured on The FutureBook.